Adam and I are house sitting my sister’s home while they are away for the holidays. To celebrate having an extended living space we invited some of our friends around to enjoyed a lazy decadent winter afternoon. I made Vietnamese spring rolls to snack on while everyone arrived and settled in, and a beef in black bean sauce stir fry for lunch. I had bought some So!Go caramel fudge sauce to drizzle over ice cream if anyone had room but instead Adam found my sisters stash of sweets… (I have now hidden them)! 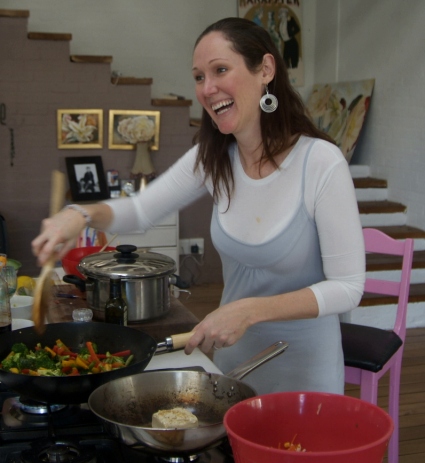 I will write more about the spring rolls later this week as the rolling method has a few tricks to it and I want to work on some more ‘how to’ material so you don’t have to have as much error in your trials as I did… The beef in black bean sauce however, was such a success and is so easy.

For reasons not that clear to me, I tend not to cook stir fries but I recently had two clients requesting that I train their housekeepers to make stir fries and both recipes were delicious. The one recipe I trained which I found the most appealing was the stir fry with black bean sauce as unlike many other Asian sauces it seems to have more food value and depth of taste.

The Asian supermarket round the corner from me sells two kinds, one with chilli (not that hot and totally delicious) and another with garlic (better suited for kids as it’s not hot). If you buy a pillow pack of pre chopped stir fry veggies this dish should take you no longer the 15 minutes to prepare and tastes fabulous! 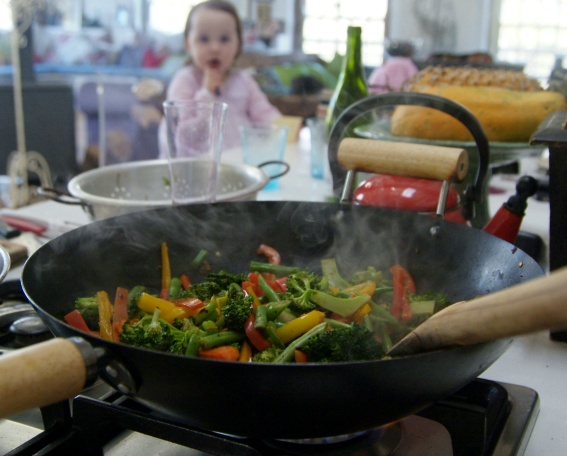 600g of beef fillet, cut into thin strips along the grain

24 green beans, ends trimmed, cut in half on the diagonal

1 onion, each cut into 8 wedges and separated into pieces

1 Tbsp of cornstarch, mixed with 3 Tbsp of water 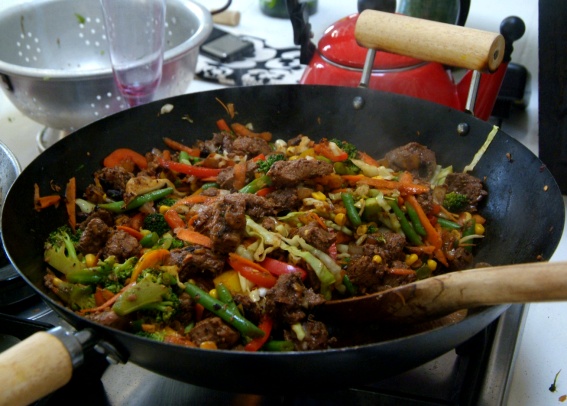 While the rice cooks, mix together the black bean sauce, soy sauce, sugar, black pepper, garlic and ginger in a bowl. Heat a wok or large skillet over high heat, add 1 tablespoons of the oil, and stir-fry the beef for 2 minutes, add half the black bean sauce and stir fry for a few more minutes. Remove the beef from the wok and set aside on a plate.

Heat the remaining oil in the wok and stir-fry veggies for a few minutes. Return the beef to the wok. Add the remaining sauce mixture, stock and cornstarch paste and cook, stirring continuously, until thickened. The veggies should still be al dente (a bit crispy).

Serve on a bed of the rice.