Today’s dish, an Imam Bayildi recipe (a Turkish stuffed aubergine bake recipe), was prepared at the special request of my number one follower, Annika from Midnight Blue Elephant. I have made this dish from vague guidelines received from my mother but never from an original recipe. So after Annika made her request I set about doing a little research.

This aubergine bake is one of the most famous dishes of Turkish cuisine. Imam Bayildi roughly translated means “the Imam fainted” and has been traced back right into the middle ages. Some legends say the Imam fainted at the extravagant use of olive oil (which was very expensive), others say he swooned with delight at the delicate flavor of the dish.
I’m going to go with the delightful flavor story as I have cut the olive oil used down to a third of the original quantity and added various complimentary spices which I feel improve on the original Imam Bayildi recipe.

All the recipes I have read have mentioned that the flavor of the dish improves with time and I fully support that theory. I earnestly advise you, if you plan on making this dish, to make it a day or even two in advance. The subtle flavors develop taking it from a lovely dish to extraordinary dish.

Naturally, I have changed the recipe to suit my taste (as I pretty much always do), so if you want to follow an original Imam bayildi recipe just google it as you’ll find dozens. 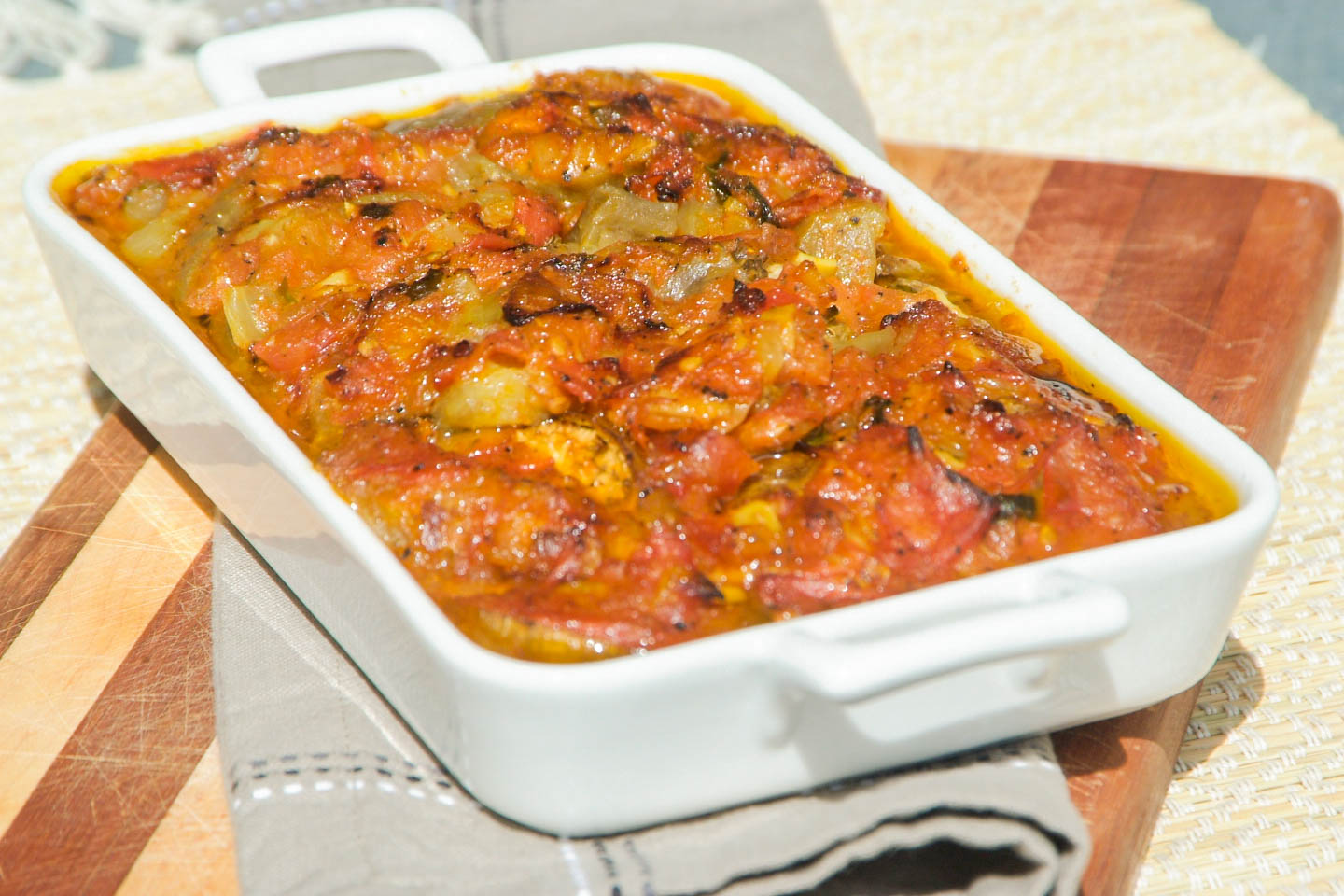 Rub the aubergine slices with salt and leave them for 30 mins – 1 hour (as one should for any aubergine bake recipe). Wash and drain them and lay them into a casserole dish.
While the aubergines are salting heat the oil in a pan and fry the onions, garlic, and spices until they turn glassy, then add the tomatoes. My mother adds a handful of currents at this point too which makes a nice addition.

Simmer the tomatoes on medium heat until they turn into a thick sauce (about 10 minutes) then add the sugar, salt, and herbs and simmer for a few more minutes before setting aside until ready to use.

Preheat your oven to 180C˚ and place the rack in the middle of the oven.

Pour the boiling water over the aubergines in the casserole dish, top them with the tomato sauce and drizzle with the remaining olive oil. Cover the dish with foil and bake until the aubergines are soft and the water has cooked away (about 30 minutes). I took the foil off the dish and baked it for about 10 minutes longer until the tomato had caramelized a little on top.

I couldn’t resist eating some right away but the dish improved remarkably the next day and we ate it reheated as a main course with steamed rice. I imagine though that it would be an amazing side for roast lamb or to add cold to a mezze selection. On its own it is a great aubergine bake for vegans too!

Try this rice pilaf with the Imam Bayildi 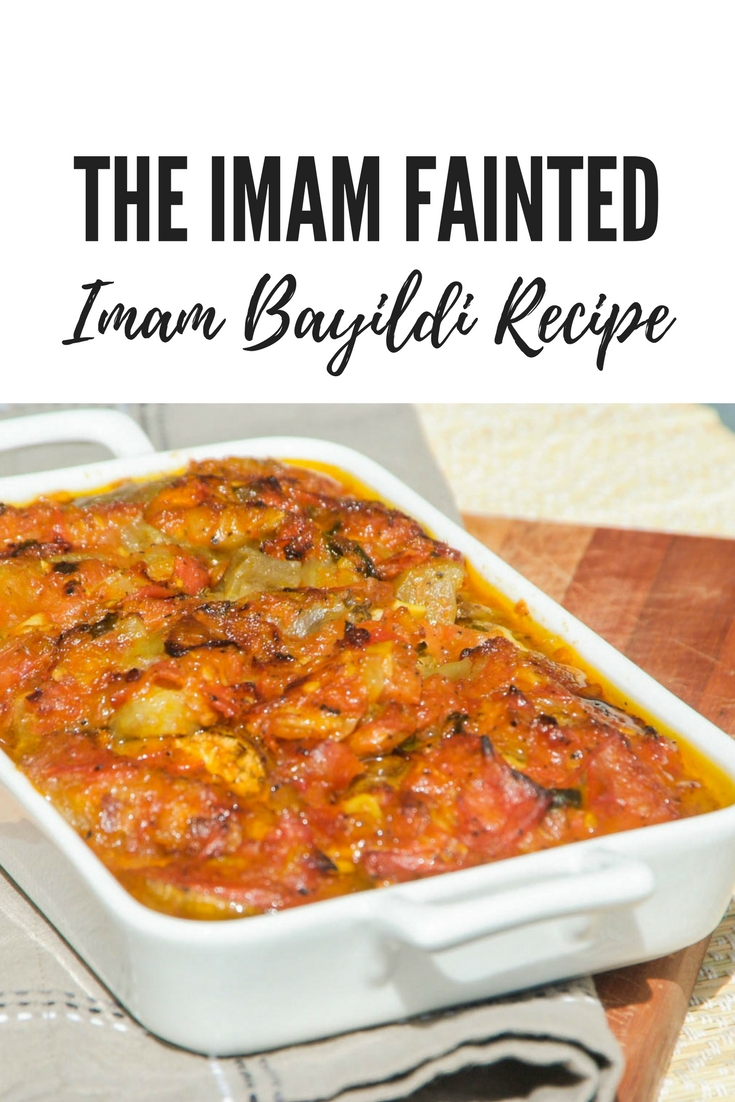 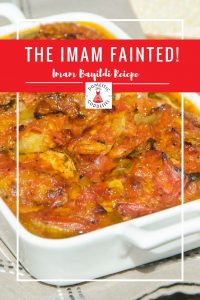